The World’s Most Amazing Waterfalls

Waterfalls provide a spectacular backdrop to any view and represent a “must-see” attraction when planning a holiday. The sight alone is wonderful to see, but then to hear the waters flow just adds to the experience of a lifetime. Enjoy the journey as we explore some of the world’s tallest and most famous waterfalls.

Located in the Canaima National Park of Bolivar State in Venezuela, South America, and with a drop of 979 metres (3,212 feet), Angel Falls is the highest uninterrupted waterfall in the world. Its waters fall 807 metres from its flat-topped plateau. It was named after James Crawford Angel, an American adventurer who happened to discover it accidentally when his plane-crashed there in 1933. They form a tributary of the Carrao River. Another name for the falls is Kerepakupai Merú, Parecupa Merú, Salto Angel, Salto Churún Merú, which translates to “waterfall of the deepest place”.

Situated on the border between USA and Canada, the Niagara Falls is considered one of the most famous waterfalls. They are 51 metres in height, located at the end of Niagara Gorge, and span the borders of the state of New York, USA and Ontario, Canada. Niagara Falls is a group of three waterfalls. The best vantage point from which to view them is thought to be from the Canadian side. But then, a Canadian might have said that. Either way or side, it is a “must-see” spectacle to add to a long-term travel list.

Standing at 108 metres, almost twice the height of Niagara Falls, if size matters to you, is Victoria Falls. Although not as tall as Angel Falls, the actual mass of water falling, in terms of width as well as length is the most in the world. The falls are approximately 3 million years old. From stone artefacts found nearby, archaeologists have been able to date them as Middle to Late Stone Age. The fact that the falls are one of the Severn Natural Wonders of the World must earn them a place in any travel guide. They are the principal waterfall of Africa’s Zambezi River. In the wet season, it is the largest waterfall in the world. Natives to Africa refer to it as Mosi-oa-Tunya, meaning “smoke that thunders”. Victoria Falls is considered the most powerful waterfall in the world.

In Peru, Cataratas las Tres Hermanas is a spectacle in displaying 3 visible tiers of waterfall. This is the reason why it is often named “The Three Sisters Falls”. It is positioned in Peru’s remote Ayacucho region where there is a tropical rainforest. At a height of 914 metres, its top two tiers fall into a large catch basin, whilst the third falls into the Cutivireni River.

Existing as one of the world’s tallest seaside cliffs at 900 metres, Olo’upena Falls can be found on in the Hawaiian Island of Molokai, in its north-eastern part. The waterfall is unique in that it can only be observed from the air or ocean.

Vinnufossen is Norway is Europe’s highest waterfall with a drop of 865 metres. Forming a section of Vinnu River, which is fed by the Vinnufonna glacier, it is a wonderful sight to see on a hot summer day.

With a drop of approximately 201 metres, Eas a’ Chual Aluinn is the highest single-drop waterfall in Britain. In full flow, it is three times the height of Niagra Falls. As a challenge, it is one of the most difficult waterfalls in Britain to access. It involves a 10-kilometre (6-mile) walk over boggy ground from a 5-kilometre (3-mile) road that is south of Kylesku in Sutherland.

So, several waterfalls here that would enhance any travel plan. Seeing a waterfall in person is a sight to behold, and then to capture it on film for the relatives back home is an added delight. Hopefully, this brief article on waterfalls has wetted the appetite for more adventure. 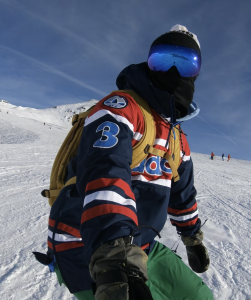